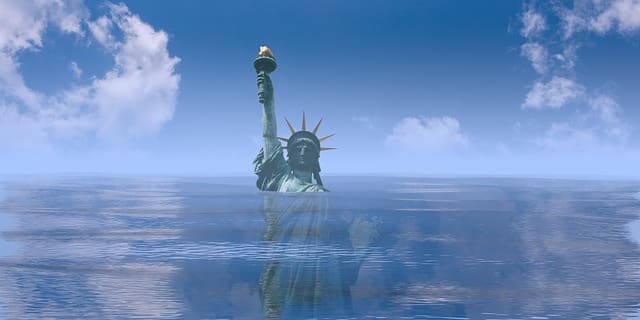 Can you imagine a day without Internet? The day is not very far. Today, with the rapid increase in the temperature of the earth by “Global warming” ,We welcomed the disruption nearer. A recent study on “Raise in sea levels” in US done by the researchers at University of Wisconsin-Madison and the University of Oregon gives a report on how raise in sea levels is a prime mover to “Global communication disruption”.

What is a “Global communication disruption”?

Well, “Internet” establishes a huge global communication network. US is the world’s 4th leading internet infrastructure countries constructed its network burying fibre optics cables thousands of miles across the coastal regions is now at risk of climate change. Large glaciers and Ice sheets are melting at a meteoric rise, proliferating global mean sea levels rise by 4 to 8 inches over the past century. New York, the major city in the US has experienced a foot(12 inches) of sea level rise since 1900 due to expansion of warming ocean water. Moving on with the same phase submerges the major cities of US “New York, Miami, Seattle”, which is not confined to cities, but results in major disruption of internet infrastructure of “4000 miles” fibre optics cables laid across the coastal regions and paralleling highways and 1100 traffic hubs resulting in “Global Communication Disruption”.

“15 years from now , The disruption is within sight”. By 2033 the “physical internet” – buried fibre optic cables, data centers, traffic exchanges and termination points that are the nerve centers, arteries and hubs of the vast global information network would be damaged badly.

“This doesn’t end here”, New York city could see “8 foot” catastrophic floods that used to occur once every 500 years to happen once every 5 years by 2030 to 2045. The contribution of planets major ice sheets “West Antarctic ice sheet” to the raise in sea levels need to be solved, however the study says that the ice sheet is melting faster than past.

“With the most advanced technology on this earth, Is this the future we dreamed for?”

Am doing it. Are you? 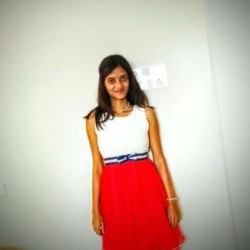 Latest posts by Deepthi (see all)