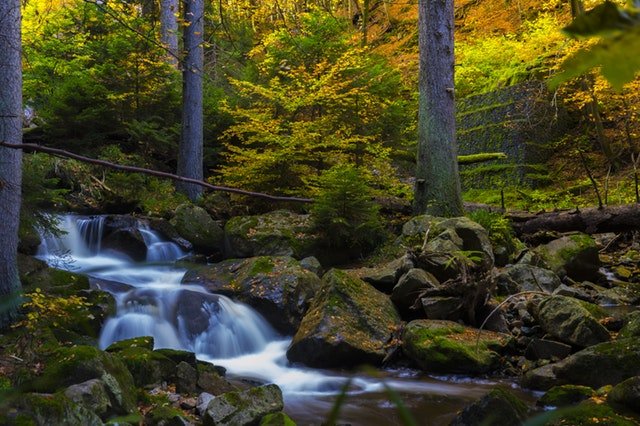 Van Dhan scheme , launched on 14th April, 2018 by PM Narendra Modi is an incredible step taken by the Ministry of tribal affairs and Tribal Cooperative Marketing Federation of India (TRIFED) for the value addition to the Minor Forest Produce (MFP).

The main focus of the scheme would be at Minor Forest Produce (MFP). According to the section 2(i) of the Scheduled Tribes and other Traditional Forest Dwellers ( Recognition of Forest Rights ) act (2007) the MFP could be defined as the non-timber forest produce whom are originated from the plants. These includes bamboo, canes, herbs, medicinal plants etc. The national bamboo mission 2006-07 was also a good step to make the situation of MFP better. Recently in 2018, National Bamboo Mission has been reconstructed under National Mission for Sustainable Agriculture(NMSA).

Government proposes to establish 3000 Van Dhan Kendras with the involvement of 30,000 SHGs of the country is another major step to bring change in tribal rural economic system. Centre is going to start this scheme with 10 Self help groups (SHGs) along with the 30 Tribal gatherers.

In this project Van Dhan kendras will train the tribal gatherers properly, give them economic help and will provide proper equipments so that they can increase the value of the product collected from the jungle. It is a very good initiative specially for women because women plays a major role in collecting MFP from forests,and this scheme could play a key role in the empowerment of tribal women.

There is a plan for three stage value addition. The first stage would be at ground level in which SHGs will help tribals and get the product. At the next stage they will get help of government departments/ officials and other SHGs or other services to make the large stock of the product so that it becomes a product of tradable quantity with some primary processing. The last stage would be the supply of the product to the corporate sector for the secondary process. For the secondary level of process, big corporate have to get involve to make the product tradable both by quantitative and by qualitative means.Ultimately, the result would be the good product which will have good amount in market and tribal people will get benefit.

At The minor forest produce present in the jungles are of great importance. They are more than sufficient for the tribal people to fulfill their basic needs. So the utilization of natural products will be beneficial for this modern world in which we had forgotten the importance of forest produces the herbs, the medicinal plants and other forest produce. Gary Synder, American man of letter had also said that “ Plants are all chemists, tirelessly assembling the molecules of the world”.

It is very important for us because these are the natural products and “ Everything on the earth has a purpose, every disease a herb to cure it, and every person a mission. This is the Indian theory of existence” by Christal Quintasket , a native American author had said that. So, youth have to take initiative with the help of government to use our forest produce in a proper way to promote Indian culture and to make India once more a “Sone Ki Chiriya”. And also, the project will led to a better lifestyle for tribal people and it will also help government to use the jungle products in a proper way. It is going to make us realize the importance of the forest products.

This article has been written and brought to you by Rishi Raj Rathi.