My Open Letter to the New Indian Society 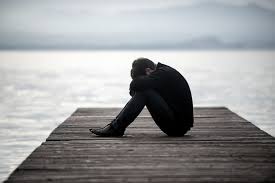 My Open Letter to the New Indian Society

Well I am not one of the good writers out there. But yes at least I hope that my views and experiences go out. I am nothing but just a normal guy out there living his life with family and friends. Being in India nowadays it has become a sort of trend to display or convey harassment towards woman and in sorts also this term sometimes leads to false allegations leading to the life of men being destroyed. Recently read an article wherein an employee took his own life owing to such allegations. To be frank reading this article just took me to a second of distress. Well it’s not that it’s the first time such news has shown up in the media but in those times I was too ignorant and joking about the issue that might be these people themselves are perverts. “Yes!” That’s the normal thought that comes in every persons mind unless he too goes in through the same damn trauma.

Being a part of a similar incident still gives me shivers and takes out the ground beneath my feet. Well this happened with me too and the feeling that goes through when you are in such a situation is helpless. Even if the things that took place are mutual or the guilt by the other party to admit their gullibility or adultery after a long time of partnership. This has become like somewhat an easy getaway term these days thanks to the media trials and law which makes every male too susceptible to be punished even before he is proved guilty. I am not saying that every guy is innocent neither are woman. Surely there are incidents where many women are targets and victims of harassment and law should be strict but also why not even think of men that are victimized by women who make wrong use of such laws. Being in the same seat a while back I know what I have been through. Being falsely accused to the extent being pestered enough to be forced to take a life threatening step. The depression and anxiety attacks in my case take a long time to heal and still recovering, leave aside loss of trust on anyone. Hopefully, in my case people stood by me. Friends, family were there for me to help me rid of this menace. Well, not fully recovered but yes I am searching for hope in life, it will take time but yes this experience taught me a lot. Things like bestowing trust but being cautious, trusting your family, keeping a closed group of people but the ultimate things are hope and fighting it out. I was almost pushed to the edge but if not for these people, I too would have been a story in news.

The irony of such situations is that the law doesn’t help people. The simplest reply you get is “Jaanedo Sir. Aap shant raho usi mein bhalai hai usko jo bolna hai bolne do. Complaint ki bhi toh pehle aap hi andar jaoge”. The only thing here is that the law should get neutral, a simple word “Harassment” can end an alter an individual’s life forever. Just hoping that one day in the generation of #MeToo, at least a small ray of hope for justice comes up. No, I am not against women but yes men too need equal rights.

The article has been written and brought to you by Vinit