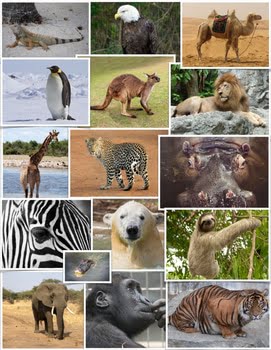 Protecting and promoting recovery of species at risk of extinction is a critical component of biodiversity conservation .

Article 48-A of the Constitution of India engrafted that the state shall Endeavour to protect and improve the environment and strives to safeguard the forest and wildlife of the country. Though it is an Directive Principle of State Policy but in view of various judgment by the Hon’ble Supreme Court and High courts it has taken a colour of statutory rights and duties under various legislations by the Parliament and State Legislature. Further Article 51- A (g) imposes a fundamental duty on every citizen of India to protect and improve the environment and have compassion for living creatures.

In the view of aforesaid constitutional provisions and enunciation of law by the various courts of India the following Acts have been enacted with an object to prevent illegal felling of trees, poaching and hunting of innocent wild animals which are Forest Conservation Act, 1980; Wildlife Protection Act, 1973; The Indian forest Act, 1927.These enactments were essential for survival of this world and human beings as envisaged in Doctrine Of Natural Selection propounded by Sir Charles Darwin.

As per the World Wildlife Fund (WWF) out of 2 million species, about 0.01 to 0.1 percent (between 200 and 2,000) will become extinct every year. According to the International Union for Conservation of Nature (IUCN), 2996 Animal species have been categorized as critically endangered in its Red List. Of this 84 are found in India.

The Wildlife Protection Act, 1972, provides for protection to listed species of flora and fauna and establishes a network of ecologically -important protected areas. .This act empowers the governments at the Central and State levels to declare any area as a wildlife sanctuary, national park or as closed area recovery. The Act also enforces and enables the state government and the administrators of the union territories to constitute a Wildlife Advisory board in each state and union territories.

However for efficacious conservation not only stringent provisions in law but strict implementation of laws is also essential ,the strict enforcement of laws would not be possible only by law enforcing agencies unless citizens are made aware of their duties in regard to reap the rights . The right should always be coextensive with the duties .