The age of stem cells and it’s potentiality 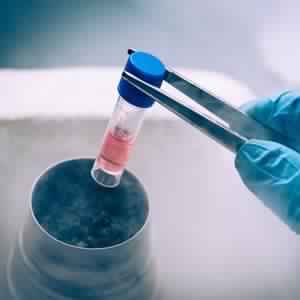 THE AGE OF STEM CELLS AND IT’S POTENTIALITY

What are stem cells?
An undifferentiated cell of a multi-cellular organism which is capable of giving rise to indefinite cells of the same type, and from which certain other kinds of cell arise by differentiation. In other words stem cell is a cell with the unique ability to develop into specialised cell types in the body.

Stem cells have been known to exist since decades. Only from recent times they have been used for scientific research and new ideas for cure and treatment. In the future they may be used to replace cells and tissues that have been damaged or lost due to disease. Most cells in our body perform special tasks of her own, such as nerve cells or neurons which receives, transmits information through electrical and chemical signals. Similarly stem cells also have functions- to provide new cells for the body and replenish damaged cells. Stem cells also have the ability to divide over and over again to produce new cells. Also whenever they divide they can change into other type of cells that make up the body. Stem cells research tells us how we can understand the growth and development of the body in a better way.

Let’s concentrate on those stem cells which are used in laboratory and those cells which can turn into any type of cells in the body i.e., Induced Pluripotent Stem Cells. Also called as IPS stem cells are generated from adult cells. Here ‘Induced’ means they are made in the lab which perform the same functions such as the embryonic stem cells. Researchers have rapidly improved the techniques to generate IPS, creating a powerful new way to “de-differentiate” cells.For example, IPS can be prodded into becoming beta islet cells to treat diabetes, blood cells to create new blood free of cancer cells for a leukemia patient, or neurons to treat neurological disorders.

Stem cells therapy:
Sometimes cells, tissues or organs might be damaged or lost by disease or injury. Stem cells can be transplanted to replace these damaged cells and can be regenerated. Scientists are now using them for cell therapy to treat some diseases such as replacing skin cells which are burnt. Cultured human Pluripotent cells are now used as disease models for research and testing of new drugs. We can treat patients who need healthy blood stem cells or for cancer patients too. Scientists are using induced pluripotent stem cells to produce new RPE cells in the lab that can then be put into a patient’s eye to replace the damaged cells.
IPS cells are now important part in the treatment of developing eyesight again for the blind.
According to research made by the RIKEN laboratory for retinal regeneration in Kobe, Japan a women who is in her 80s has become the first person to be successfully treated with IPS cells. Masayo Takahashi and her team at the RIKEN took some amount of skin cells from the women and turned them into IPS cells. These laboratory-made retinal cells has protected her eyesight,fighting against common form of progressive blindness. Retinal pigment epithelial cells are important for supporting and providing nourishment to the retinal cells that capture light for vision. Age related Macular Degeneration (AMD) is also one of the examples of one of the diseases where stem cells can be used for the treatment. Theses specialised cells are now in demand for producing tissues and organs for transplantation procedure.

As technology is ahead of time it’s obvious that treatment for most of the diseases are now having a cure. Gene therapy and stem cell transplant have a great demand in the future where we can create almost any type of cell and even have all the possibilities of new creations with this idea. Stem cells are being proved a good treatment for cancer also.