Who Is Elon Musk? A BBC Short Documentary 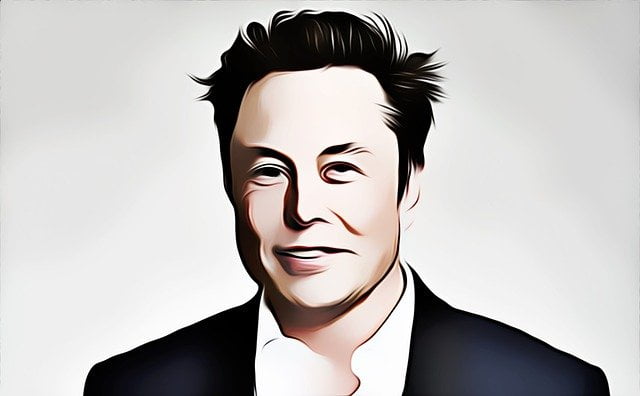 Who Is Elon Musk? A BBC Short Documentary

February sixth twenty eighteen, Elon Musk launches the world’s most powerful active rocket; catapults his Tesla sports car into space and vertically lands two of the rocket boosters simultaneously. For most engineers, this extraordinary feat would be pinnacle of their career but for Elon Musk it was just another Tuesday.

Really crazy that we will build these sophisticated rockets and then crash them every time we fly! This is mad!!

Born in South Africa, to a Canadian mother and the south African father Musk was a voracious reader and at the age of nine he even turned to the Encyclopedia Britannica when he’d run out of books! An unusual introverted child, he was bullied once so severely that he was hospitalized for a week but this didn’t hinder his pursuit of knowledge. By the age of ten he would taught himself computer programming, by twelve he would made a video games and sold it to a magazine for five hundred dollars so that he can still play Blastar online. Elon Musk empire began in nineteen ninety nine when he and his brother Kimbal sold their software company which provided city business guides to newspapers. Aged just twenty seven, Elon Musk reinvested his twenty two million dollar windfall into X dot com; a company which promised to revolutionize how we transfer money. The company you may now know as PayPal. When eBay acquired PayPal in two thousand and two, Musk took home a hundred and sixty five million dollars! Without taking a moment to catch his breath, the young entrepreneur turned his gaze upwards and set up space exploration technologies or SpaceX with a mission statement of enabling people to live on other planets.

He wanted to do projects that are inspiring and that make people excited about the future.

Life’s going to be about more than just solving problems. You want to get up in the morning and say yes I work for to that thing happen.

Two years later he directed his disruptive thinking to renewable energy and in two thousand four he set up the electric car company Tesla.

All transport with the exception of rockets will go fully electric I see the value of Tesla as the catalyst in their transition.

Elon Musk’s most desperate moments came in two thousand and eight when space X suffered a third rocket crash and Tesla’s rising costs threaten to ruin the firm. That’s not to mention an episode of Top Gear which Tesla said damaged its sales.

Clarkson’s show is much more about entertainment than it is about truth. His two pet peeves are American cars and electric cars and we’re an American electric cars.

Space X scraped through thanks to a new government contract. As for Tesla, some last-minute financing and a four hundred and sixty five million dollar government loan helped it survive but even today questions about profitability looming over the company which has lost billions of dollars. Elon Musk himself is no stranger to controversy. His baseless allegations against a Thai cave rescuer sparked a libel case and his twenty eighteen tweet about taking Tesla private and a very public, but legal, toke of marijuana on a YouTube podcast displayed his somewhat cavalier attitude toward shareholders but the future does look exciting as the eccentric engineer plans the first moon journey by humans since nineteen seventy two with billionaire passenger Yusaku Maezawa and this is really just another stepping stone to Musk’s ultimate goal to reach and colonize Mars and beyond. A plan which he says could happen as soon as twenty twenty four!

Either we are multi-planet species and out there exploring the stars or we are a single planet species waiting around for some eventual extinction event. It’s really that that I personally I find more motivating going into setting up a base on Mars would just be the greatest adventure ever..