Youth-Focused Initiatives and Social Change -The Turning Tide in India! 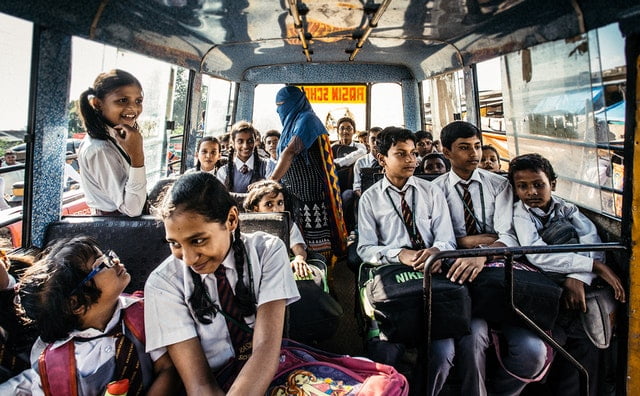 Youth-Focused Initiatives and Social Change -The Turning Tide in India!

Change for change’s sake can often be a good thing; but initiating a movement of social change is something totally different all together; and is often twice as hard. Yet the turning tide in India with respect to the wave of youth-focused initiatives that have catalyzed social change within the wider society is beginning to have an impact on the South Asian diaspora at large in other countries as well, and vice versa.

Having been born and raised in Australia, I found out that social change was a platform that was readily available, yet had not been the focus of the diaspora for quite some time. However, it wasn’t until after my undergraduate degree that I finally realized the importance that youth could have on such a platform. I decided after my master’s program that I would see for myself in South India.

After spending the past year living and working for an international nonprofit, I began to see the impact that the social change movement was beginning to have on a much larger scale than I had previously anticipated. Due to mass migration, many of the youth from the villages surrounding some of the major cities, such as Hyderabad’s Hi-Tec City and other metropolis hubs, the rate of innovative youth ventures has been rising at a rapid rate. I encountered many youth’s fresh from college who were starting their own IT businesses, while simultaneously being able to speak from their experience and encourage others to do the same from their own villages.

But this is not just limited to South India. In the nation’s capital of Delhi, I met young entrepreneurs who have been able to launch their own business incubator program with support from large multinational corporations, such as Vodafone. As a result, more and more younger people are taking up the social enterprise route as a viable business model to pursue, rather than the traditional 9-5 corporate job in the general workforce.

During my time in Kolkata attending a national conference for a business-as-mission venture, I met a young man around my age who had recently launched his own innovative initiative called the “Third Home Initiative”. He explained to me that most young IT professionals in his hometown were working extremely long hours and were only using their homes or hostels as “pit-stops”, before going back to the office after only a few hours break. He realized that these young professionals needed a ‘home away from home’ – somewhere they could put their innovative ideas to use, without the corporate pressure of micro-management. Due to the success of his initiative, he plans to take this initiative nation-wide, expanding to other cities in the south as well.

Within the US, such youth-focused initiatives are taking off, with social enterprises such as South Asia Youth Action, the American India Foundation, and other social change organizations are beginning to gain traction at an international level; and in the UK and other countries, such as Australia, campus-run social organizations, as well as nation-wide initiatives, such as the Australian India Youth Dialogue (AIYD) are having a national impact.

This turning tide is beginning to have wide-reaching effects on the social change landscape, and, God willing, it will continue to do so; as youth begin to realize that they can empower their fellow youth to be the change they wish to see in their own backyard. As this change movement continues to grow, the hope is that youth can grasp their unique potential to have a say in the state of world affairs and are given the chance to share their story of social change for the movement to continue into the not-so-distant future.

Latest posts by ShubhamTiwari (see all)