Is growing feminism ,a threat to existence of the world? 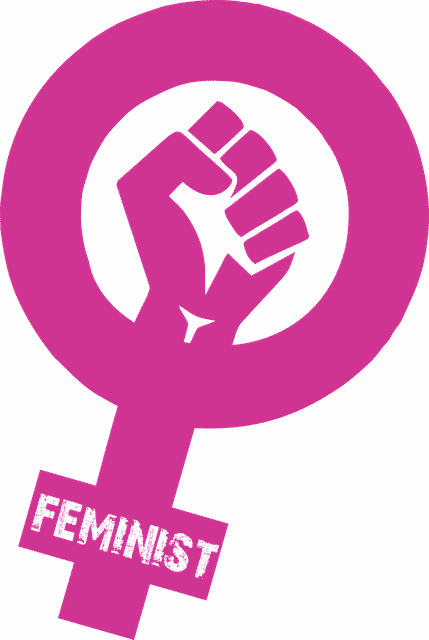 Is growing feminism, a threat to existence of the world?

It was the occassion of Eid .
​I sat on the sofa while one of my elder cousin who is engineer by profession, started crowing about how, this year he has decided to give 50 rupees to sisters as Eidi and 200 to brothers. I got curious about his decision and finally asked.
​Lately, I was surprised to know that why he has taken this decision.
​”growing feminism is one of the sign of qayamat and I have decided to degrade this trend that’s why I have decided to give girls 50 as Eidi and 200 to boys”.

Qayamat means the end of the world.
​This was his reason!
​I was amazed to know this reason ,because I had neither read this in any hadeeth nor heard about this from any scholar.
​Instead of the fact that this is just a misogynistic, wrong leading fact ,I was amazed that how elders present there reacted on this by just saying
​”sahi baat hai aaj kal ladkiya bht bahar a gayi hai parda vagera peeche choot gaya hai“.
​At that moment I wanted to argue but I decided to keep shut because of the myth that has always been told to me that if you want a good husband and good in laws , then you must not voice your opinions .
​I always wonder why opinionated women have always be seen as a threat to the society?
​Is it true?
​Should the society be patriarch in order to function ?
​I have always been told that women are lesser than men because they are less in their intellect and relegion .(they support this by giving a reference of hadees).
​I have never believed nor will I.
​If justice among all races , equality among all sexes and gender (feminism) threats the existence of this world in the eyes of some misogynistic , pseudo-educated people so let it be!
​Whatsoever !
​What’s the point of living in the world where people do not fight for their rights?
​Where girls live in a threat for being misjudged by people if they will live their life their own ways.
​Where people live in a threat of being judged morally for their sexual orientation .Where boys live in the threat of being declared as not enough manly if they don’t get six abs. yup! that all comes in feminism .
​what is unavoidable is ,people are still fighting for their rights, and they will .
​This kind of thinking had never stopped people fighting for their rights and it never will.
​ Latest posts by azmatfatima (see all)