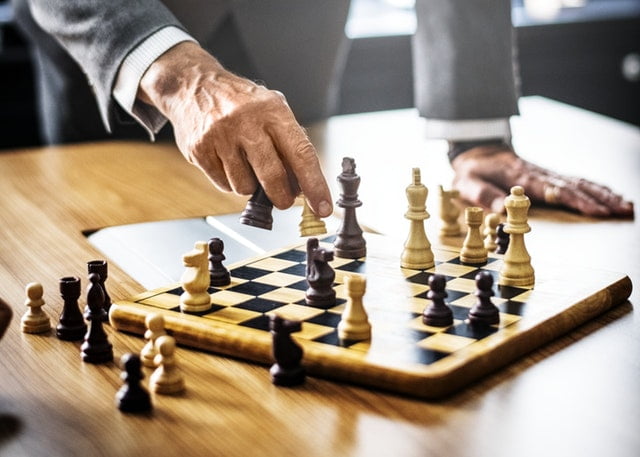 AS a PGDM Banking Finance Service student for the last three months I have been studying about the Indian banking system and has been finding out the reasons of public bank’s NPA increasing even after taking all the corrective measures ensured by the Reserve Bank of India.
This article is about the indian banking system. Before starting the article let us understand first what is NPA .

” A NPA is a credit facility in respect of which the interest/instalment of bond finance principal has remained past due for a specified period of time”.

In our banking system two aspects are there public sector banks and private sector banks. In current scenario of India our public sector banks
have written off bad loans worth a whopping Rs 1.20 lakh crore, an amount that is nearly one-and-a-half times more than their total losses posted in 2017-18, according to official data.This is for the first time in a decade that banks have made huge write-offs of bad loans along with booking of hefty
losses.Till 2016-17, 21 state-owned banks made combined profit while in 2017-18, they posted a staggering loss of Rs 85,370 crore, as per the data. SBI alone has written off bad loans of Rs 40,196 crore, nearly 25 percent of the total write-offs during 2017-18. This was followed by Canara Bank (Rs 8,310 crore), Punjab National Bank (Rs 7,407 crore) and Bank of Baroda (Rs 4,948 crore).As per the data provided by rating agency Icra, Indian Overseas Bank has written of NPAs worth Rs 10,307 crore, followed by Bank of India (Rs 9,093 crore), IDBI Bank (Rs 6,632 crore) and Allahabad Bank (Rs 3,648 crore). These banks along with 7 others come under Prompt Corrective Action framework of RBI.

As per the government data, banks’ write-offs stood at Rs 34,409 crore in 2013-14. The figure has jumped nearly four-fold in five years. In 2014-15, the banks wrote off Rs 49,018 crore ; Rs 57,585 crore in 2015-16, Rs 81,683 crore in 2016-17 and hitting a record high of Rs 1.20 lakh crore (provisional) in 2017-18.
Write-off in banking parlance means that the bank has made 100 percent provision from its earning against that account. Following this, NPA is no longer part of its balance sheet.Indian banking sector is grappling with mounting NPAs and host of scams and frauds. NPA in the banking sector stood at Rs 8.31 lakh crore as of December 2017.Weak financials due to mounting bad loans have already pushed 11 banks, out of 21, under the Prompt Corrective Action (PCA) framework of RBI. The government in January had allocated a bigger chunk of capital of Rs 52,311 crore to 11 weak banks to maintain their minimum capital requirement while nine strong banks were given Rs 35,828 crore. Last October, the Finance Ministry had announced plans to inject Rs 2.11 lakh crore of equity in PSBs – comprising Rs 1.35 lakh crore through recapitalisation bonds, RS 18,000 crore from. Budgetary resources and RS 58,000 crore to be raised by the banks from the market.

From the above article we have learned about PCA, now we will further into the term PCA, which stands for Prompt Corrective Action, generally restricts lending activities of the banks, according to the report. The RBI had come out with a more stringent PCA framework in April 2017 to turn around lenders with weak operational and financial metrics. Banks under this framework are restricted from opening new branches, staff recruitment and increasing the size of their loan book depending on the risk thresholds set in PCA rules. Apart from these, banks are directed to disburse loans only to those companies whose borrowing is above investment grades. The RBI enforces these guidelines to ensure banks do not go bust and follow prompt measures to put their house in order.

How serious is India’s NPA issue?
 More than Rs. 7 lakh crore worth loans are classified as Non-Performing Loans in India. This is a huge amount.
 The figure roughly translates to near 10% of all loans given.
 This means that about 10% of loans are never paid back, resulting in substantial loss of money to the banks.
 When restructured and unrecognised assets are added the total stress would be 15-20% of total loans.
 NPA crisis in India is set to worsen.
 Restructuring norms are being misused What is the impact of NPA’s?
 Lenders suffer lowering of profit margins.
 Stress in banking sector causes less money available to fund other projects, therefore, negative impact on the larger national economy.
 Higher interest rates by the banks to maintain the profit margin.
 Redirecting funds from the good projects to the bad ones.
 As investments got stuck, it may result in it may result in unemployment.
 In the case of public sector banks, the bad health of
banks means a bad return for a shareholder which means that government of India gets less money as a dividend. Therefore it may impact easy deployment of money for social and infrastructure development and results in social and political cost.
 Investors do not get rightful returns.
 Balance sheet syndrome of Indian characteristics that is both the banks and the corporate sector have stressed balance sheet and causes halting of the investment-led development process.
 NPAs related cases add more pressure to already pending cases with the judiciary.

Reasons for the rise in NPA in recent years
 GDP slowdown -Between early 2000’s and 2008 Indian economy were in the boom phase. During this period Banks especially Public sector banks lent extensively to corporate. However, the profits of most of the corporate dwindled due to slowdown in the global economy, the ban in mining projects, and delay in environmental related permits affecting power, iron and steel sector, volatility in prices of raw material and the shortage in availability of. This has affected their ability to pay back loans and is the most important reason behind increase in NPA of public sector banks.
 One of the main reasons of rising NPA is the relaxed lending norms especially for corporate honchos when their financial status and credit rating is not analyzed properly. Also, to face competition banks are hugely selling unsecured loans which attributes to the level of NPAs.
 5 sectors Textile, aviation, mining, Infrastructure contributes to most of the NPA, since most of the loan given in these sector are by PSB, They account for most of the NPA.
 Public Sector banks provide around 80% of the credit to industries and it is this part of the credit distribution that forms a great chunk of NPA. In 2016, when kingfisher was marred in financial crisis, SBI provided it huge amount of loan which it is not able to recover from it.
 There is a myth that main reason for rise in NPA in Public sector banks was Priority sector lending, However according to the findings of Standing Committee on Finance NPAs in the corporate sector are far higher than those in the priority or agriculture sector. However, even the PSL sector has contributed substantially to the NPAs. As per the latest estimates by the SBI, education loans constitute 20% of its NPAs.
 The Lack of Bankruptcy code in India and sluggish legal system make it difficult for banks to recover these loans from both corporate and non-corporate.
 Diversification of funds to unrelated business/fraud.
 Lapses due to diligence.
 Busines losses due to changes in business/regulatory environment.
 Lack of morale, particularly after government schemes which had written off loans.
 Global, regional or national financial crisis which results in erosion of margins and profits of companies, therefore, stressing their balance sheet which finally results into non-servicing of interest and loan payments. (For example, the 2008 global financial crisis).
 The general slowdown of entire economy for example after 2011 there was a slowdown in the Indian economy which resulted in the faster growth of NPAs.
 The slowdown in a specific industrial segment, therefore, companies in that area bear the heat and some may become NPAs.
 Unplanned expansion of corporate houses during boom period and loan taken at low rates later being serviced at high rates, therefore, resulting into NPAs.
 Due to mal-administration by the corporates, for example, willful defaulters.
 Due to mis governance and policy paralysis which  hampers the timeline and speed of projects, therefore, loans become NPAs. For example Infrastructure Sector.
 Severe competition in any particular market segment. For example Telecom sector in India.
 Delay in land acquisition due to social, political, cultural and environmental reasons.
 A bad lending practice which is a non-transparent way of giving loans.
 Due to natural reasons such as floods, droughts, disease outbreak, earthquakes, tsunami etc.
 Cheap import due to dumping leads to business loss of domestic companies. For example Steel sector in India. 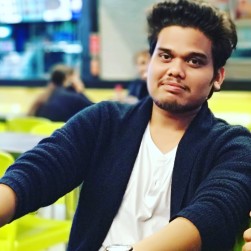 Latest posts by abhinav64 (see all)