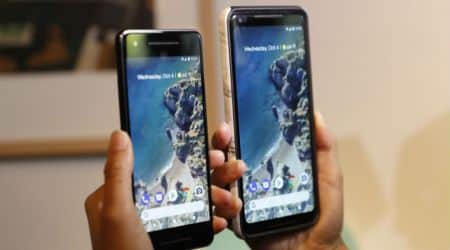 Google Pixel 2 and Pixel 2 XL’s November security updates have started rolling out. These come with bug fixes, security improvements for the new phones. The Google Pixel 2 and Pixel 2 XL will also get a new ‘colour saturation’ option for the display and the update will try and solve some of screen burn-in issue on the latter, according to reports.

A Google community manager wrote on the product page with some details around the Pixel 2 and Pixel 2 XL security update. The post reads,

“The November software update for Pixel is rolling out starting today, and it will reach all devices over the next week. This update includes some of the enhancements we posted about on October 26, such as the new Saturated color mode for Pixel 2 and Pixel 2 XL, a fix for the faint clicking noise heard in some Pixel 2s, and other bug and security updates.”

The Google Pixel 2 XL review unit we have has also gotten the November security update.

According to Android Central, this ‘saturated’ mode is now the third option in the list of screen settings for the Pixel 2 XL. Boosted is more like ‘vivid’ colours from before, according to the post. Natural is of course, more on the natural side, while saturated will offer a little more colour range than the other two settings. However, it is not as bright as Samsung’s Galaxy smartphones, points out the post.

The update also fixes the “faint clicking noise” problem in some Pixel 2 devices. The community post also says Google is making some UI changes in order to extend the life of the OLED display.  This has a “fade out of the navigation buttons at the bottom of the screen” along with an “update to maximum brightness.”

“These features have been carefully designed so as not to detract from the user experience. Since all OLED displays experience some degree of decay over time, we’ll continue to make enhancements which maximize the life of your Pixel screen.”

Google is promising more improvements, “enhancements” in the December update. In our own case, we can see the saturated, vivid and natural colour settings on the Pixel 2 XL display. We’ll have to spend some more time to see whether this makes a marked difference to the viewing experience on the Pixel 2 XL smartphone.